MONTESSORI IN THE NEWS

Imagination does not become great until human beings, given the courage and the strength, use it to create. 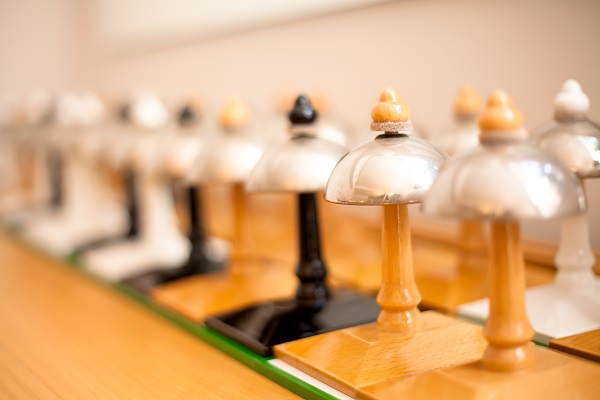 1. Expanding Access to Montessori Education: An Opportunity for Disadvantaged Students

Our nation struggles to prepare students for success in a modern economy.  Some U.S students are fortunate enough to be taught the necessary twenty-first-century skills, but it is often a matter of chance or familial wealth rather than the deliberate design of our school system. Helping our most vulnerable children enjoy full participation requires not only strong academic skills, but also so-called “social capital” capacities.

“In fact, the future of education was invented in 1906. That’s the year Maria Montessori, who was the first female medical doctor in Italy, opened her revolutionary school…”

A method of schooling that focuses on personal development rather than exams produces more mature, creative and socially adept children, scientists have found. Psychologists in the US found that across a range of abilities, children at Montessori schools out-performed those given a traditional education. Five-year-old Montessori pupils were better prepared for reading and maths, and 12-year-olds wrote “significantly more creative” essays using more sophisticated sentence structures.”

“It may seem like a laughable “only in New York” story that Manhattan mother, Nicole Imprescia, is suing her 4-year-old daughter’s untraditional private preschool for failing to prepare her for a private school admissions exam. But her daughter’s future and ours might be much brighter with a little less conditioning to perform well on tests and more encouragement to discover as they teach in Montessori schools…”

“There are strident disagreements these days over every aspect of American educational policy, except for one. Everyone thinks it would be great if we could better teach students how to innovate.”

6.  Is Montessori The Origin of Google & Amazon? – Forbes

“The idea that we don’t have to reinvent the wheel was striking. The example of thousands of Montessori schools is before us. Montessori puts the student at the center. It is proven to work.  As noted by Sivadlk it’s working on every inhabited continent, at every economic level. The approach is over 100 years old but the ideas are timeless. The world is finally catching up with Maria Montessori’s insights.”

“The kids who scampered about construction zones in the San Lorenzo slums of Rome gave the work crews fits. Then the builders heard some woman doctor was recruiting students for a new school. They begged her to enroll the troublemakers in the Casa dei Bambini. Maria Montessori agreed. Her Children’s House offered a few dozen young students freedom. They could sort blocks, measure with beads, play with wooden letters or explore another project of their choice.”

8.  Maria Montessori and 10 famous graduates from her schools – The Christian Science Monitor

“Google ran one of its famous doodles on Friday in honor of Maria Montessori. No surprise, really. Both of the company’s founders went to Montessori schools.”

9.  Succeeding at their own pace – The Boston Globe

“Maria Montessori was an Italian doctor who believed that young children could learn better and more quickly in a school environment that didn’t feel like a school. Hallmarks of Montessori schools include child-appropriate furniture, older children teaching younger children, and lesson plans that are invisible to the pupils.”

10.  What do P. Diddy, Sergey Brin, and Peter Drucker have in common? – Korn Ferry Briefings on Talent and Leadership

“The unique and widely lauded education method, created more than a century ago by an Italian physician and education visionary, is built around the concept of self-directed learning, mixed-age classrooms, collaboration, creativity and social responsibility. Eliminating the rigid structures of conventional classrooms, a Montessori school encourages students to embrace their curiosity, think imaginatively and see the world as an array of possibilities.”

11.  Maria Montessori: Is the Montessori method any good? – The Christian Science Monitor

“At the beginning of the 20th century, Italy’s first female physician, Maria Montessori, sought to turn education on its head. Using methods developed through her work with developmentally disabled children, Montessori created a ‘child-centered’ approach that emphasizes rich environments, freedom, and respect for the student’s point of view.”